The Power of Bikeability 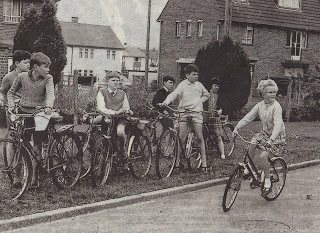 Most people in  will have done some kind of Cycling Proficiency training in their childhood, as shown in this picture from the 1950s. This article is about Bikeability, its 21st century equivalent, designed to enable children to cycle on "today's roads", as the official website explains it. I was involved with Bikeability as instructor from 2008 until 2017, teaching about 400 children per year and managing courses for over 10,000 children in total. 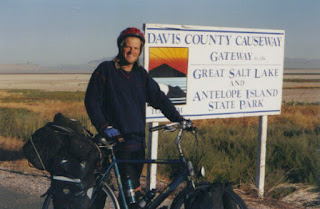 In the first place, Bikeability confirmed my own ideas on how to keep myself safe as a cyclist. Being from The Netherlands, I grew up in a society where you don't have to worry so much for your safety as a cyclist, as cycling-friendly road-lay outs and a mind boggling network of traffic-free routes keep cyclists protected all the time. As soon as I crossed borders into other countries, I had to learn to adapt to often hostile cycling conditions and I developed various skills and methods to keep myself safe. After years of cycling all over the world, such as Coast to Coast in the USA, Bikeability finally confirmed I was correct in using these methods. It also made me even more aware of hazards on the road. If it was only for this, I'd like to thank the team who developed Bikeability.

Bikeability is the National Standard for cycle training in ,originally developed by the CTC (now Cycling UK) in partnership with many national organisations and approved by the Department for Transport. It was introduced in 2004, with the Highway Code being revised in 2007 to fit the curriculum. Bikeability is now delivered on a large scale at primary schools in various regions of , depending on whether the local authority is supporting the scheme. It consists of thee levels; Level 1 is the traffic-free "bike control"-element (the old "Cycling Proficiency"), Level 2 teaches to cycle on quiet to medium traffic intensity roads (for 9-12 year olds) and Level 3 enables people to cycle on busier roads (for anyone aged 12 or up). 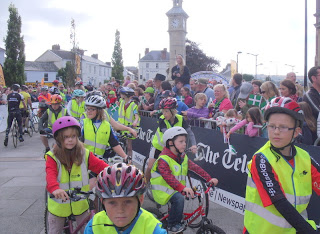 I mostly worked as Bikeability instructor in Devon, a very keen cycling county, every two years on the itinerary of the Tour of Britain (see picture with some of my own Bikeability trainees at a stage start). In Devon, over 7000 children per year complete a Bikeability course. The instructors co-operative Westcountry Cycle Training (of which I was a founding director) delivered about 25% of this bulk in the northern area of Devon County. 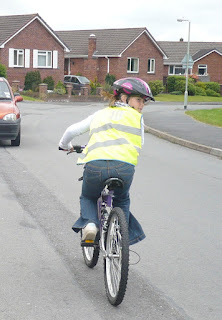 What Bikeability makes such a good scheme is that it takes many children on their bikes on the public road for the very first time. When taught well, it gradually introduces them to traffic, up to a level that they are confident enough to make on-road journeys independently themselves. As British children are told since "toddler-hood" that roads are dangerous, being out on the road is for many a big step.

Good coaching is essential to move children away from the habit to jump on the pavement for any car they see. Children learn that they are traffic too and that they can sometimes take control of traffic situations, making drivers do what is essential for the rider's own safety. Simple tricks to make drivers slow down and to overtake wide are all part of the curriculum. 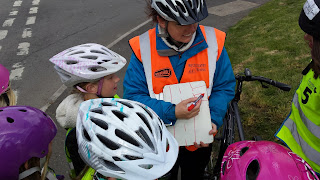 This is possibly the biggest strength of the Bikeability scheme; the safety of the cyclist is central. Misconceptions developed since the motorised 1950s that "cyclists should move out of the way for motorists" are completely abandoned, so Bikeability teaches to take as much road space as required to stay safe and confirms the cyclist's right to be on the road. In a way, it is a miracle Bikeability came around and that it is now officially adopted as the way of how you should cycle when being on the road! 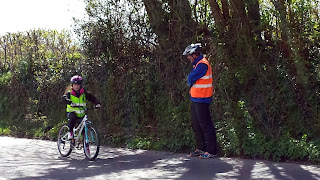 The good thing is that the skills of Bikeability build up in difficulty throughout the course. By the time we expose children to some serious traffic, the children know exactly how to deal with its hazards and indeed, to take control over the situation. Drivers are often surprised by that and, most of the time, are able to adapt well to these situations with young knowledgeable cyclists on the road. The skills of Bikeability indeed work! 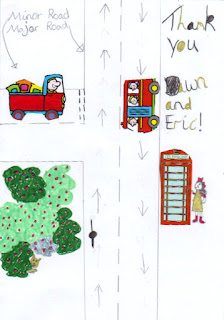 Or not? It still very much depends on the location whether the Bikeability cycling style gets fully accepted by motorists. I know schools in notorious "black spots" where roads are completely taken over by motorised traffic and where it is nearly impossible to teach and/or ride, due to a large number of impatient drivers with egocentric "top gear" driving behaviours. It always blowed my mind that even 12 children in yellow vests and two instructors in ditto orange can't make people think. It is in these situations we had to step out on the road as instructors to protect our trainees and hopefully, also to teach these silly drivers a lesson. 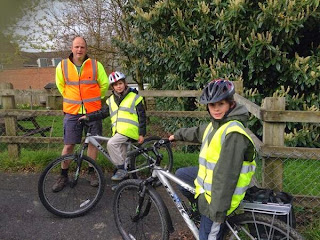 A great addition since 2012 has been the delivery of Bikeability Level 3 for children in secondary education. Many children love it to return after a year or two to get further trained for their day-to-day journeys. We helped the teenagers to plan their routes and to navigate through busy intersections or shorter sections of main road for which there is no alternative. In North Devon, we achieved such a participation level that 20% of children who do Level 2, also do Level 3. As of 2017, Westcountry Cycle Training had the most successful track record in delivering Level 3 training in the country. 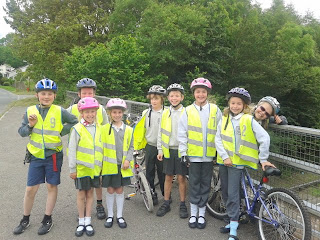 So, what do trainees and their parents think of Bikeability? According to a 2012 survey by Devon County Council 51.5% rated the quality of the course as "very high" and another 44.3% as "high". 80% of respondents rated the cycling ability and safety of children "high" or "very high" and 93% of parents said they will ride more as family now that their child has completed Bikeability. Another great outcome was that 46.4% cycles one day per week or more to school after completing the course, in comparison to only 10.3% before doing Bikeability.

Another Devon County Council 2016 report concluded that accident rates with young cyclists dropped, which was against the general trend of more cyclists being involved in accidents. 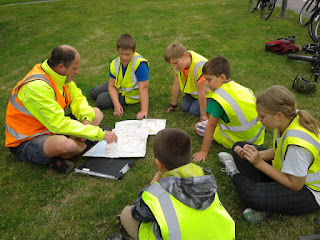 Although these reports definitely show the power of Bikeability, we must not get too excited by this result. In the same 2012 Devon County Council survey, it was also clear that only 8.5% commits to cycle four or five days per week to school after completing Bikeability and 53.7 % insists never to consider such a journey. 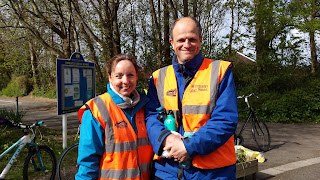 In a similar survey, various schools declared that Bikeability won't influence levels of cycling to schools. Open comments as "speed is a problem on roads near our school", "area without safe routes to school" or "school on busy road, so few children cycle", "barriers; busy roads" clearly indicate that although Bikeability is the first important step to a more cycling orientated society, dedicated cycling infrastructure as proposed by the Times Cities Fit for Cycling Campaign, the All Party Parliamentary Cycling Group and the Cycling Embassy of Great Britain is needed too. To be able to cycle, you literally need two wheels!

What about going for a traffic-calmed cycling holiday with one of my "Cycling Dutchman" guidebooks?

Buy it now and also receive GPS-tracks of all routes!
Posted by The Cycling Dutchman at 01:40